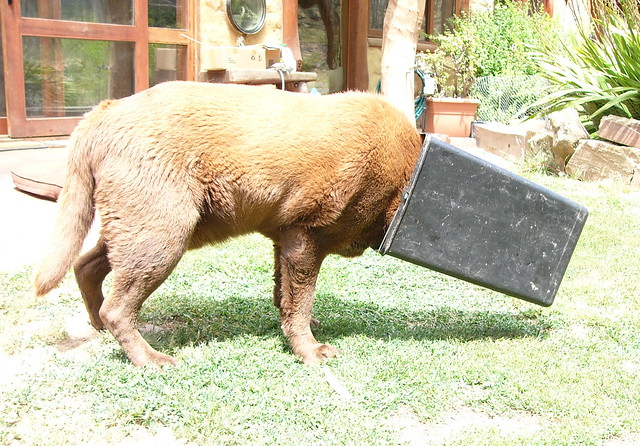 NOTE: I write this post mindful that it violates a vow I made some time ago around the insidious and insipid use of the term “content”. I regret my lack of integrity, and my inability to transcend a crime in my ongoing efforts to condemn it.

There was much consternation and embittered observation following freelance writer Nate Thayer publishing an email exchange with an online editor of The Atlantic, who somewhat sheepishly invited him to submit a 1200 word article for publication without the benefit of payment. This indignity came about less than a decade after the writer had been offered a staff writing position at The Atlantic paying upwards of $125,000 a year.

Among the responses was from a site with the ironic domain “paidcontent.com” suggesting, in essence, get over it: “your real competition isn’t the product that is better than you, but the one that is good enough to satisfy your customers — and if readers are happy to patronize media outlets that use writing they got for free, or writing they have aggregated and excerpted, there is precious little that freelance writers or any of us can do about it.”

A more nuanced response came from Atlantic senior editor Alexis Madrigal, commiserating on the shameful prospects for freelance writers these days, defending the more junior editor caught in an impossible position, and arguing that keeping a venerable institution afloat — and its few remaining star authors on the payroll — required some tough choices. If the parallels between between the present reality of journalism and the emerging reality of higher education were not already apparent, this response made the connection all too clear. And this from a publication hailed as a model for adapting to the new reality.

The music industry isn’t doing so well for its “content producers” either, with even musicians with established fanbases struggling to earn a basic living:

Recently musicians have begun to be more open about discussing their shrinking percentages in this music industry food chain. There’s been articles in the past few months about major indie artists that are unable to pay for their own health insurance, bands frustrated with payments they receive via streaming services, and apparently now Cat Power is even facing bankruptcy. When artists are willing to publicly talk about money it means that things are definitely taking a turn for the worse.

People often like to talk about disruption when discussing the music industry but the initial disruption was the easy part, think of it like screaming fire in a crowded theater, it’s actually putting something together after that chaos that is the difficult and interesting work. Every few years we see a different solution touted as the answer. First it was mp3 downloads, then it was internet radio, and now that the cloud is here it’s streaming on demand. This sort of technological determinism is market driven and frankly isn’t necessarily what most artists need or even want.

Remember when “free culture” writings and presentations (including mine) routinely hailed the success of Radiohead’s “pay what you feel” experiments? Thom Yorke has regrets:

“We were so into the net around the time of Kid A,” he says. “Really thought it might be an amazing way of connecting and communicating. And then very quickly we started having meetings where people started talking about what we did as ‘content’. They would show us letters from big media companies offering us millions in some mobile phone deal or whatever it was, and they would say all they need is some content. I was like, what is this ‘content’ which you describe? Just a filling of time and space with stuff, emotion, so you can sell it?”

Having thought they were subverting the corporate music industry with In Rainbows, he now fears they were inadvertently playing into the hands of Apple and Google and the rest. “They have to keep commodifying things to keep the share price up, but in doing so they have made all content, including music and newspapers, worthless, in order to make their billions. And this is what we want?

Mr. Yorke may be on to something. We see productivity (see graph above), stock prices and corporate profits hit record highs while real wages plummet. And while the value of “content” bottoms out, it’s clear where capital sees the real value in digital media — in the ownership of the platform. Jason Zevin offers one of the best critiques of the xMOOC phenomenon I’ve seen, connecting this pattern to contemporary educational technology:

We should also be thinking seriously about what the consequences will be of handing resources developed by employees of non-profit universities, mostly for no extra pay, over to for-profit entities whose first responsibility is not to students, not to faculty, but to their investors. Steven Poole’s take-down of the way corporate juggernauts use the appeal of “openness” to exploit independent “content producers” seems hyperbolic on first reading, but I have found myself unable to come up with any convincing counter-arguments as to why the people designing the iTunes platform for Apple deserve to have salaries and career stability that the people who create the actual entertainment that people flock to iTunes to buy can only dream of. Just now, for example, when trying to decide on whether “content producer” was really a thing people say, I found this gem on TechCrunch, which asks “Can Content Producers be Disruptors or is Content Only Meant to be Disrupted?” Obviously a rhetorical question. When has a book or a symphony, or a scientific discovery ever done anything to alter the course of human events as radically as, say, “shrinking a market” by taking “$5 of revenue from a competitor for every $1 you earn?”

And again, judging from Tweets I’ve seen from the just-completed SXSWedu conference, and the snippets of the live videostream I could stomach, it’s clear where capital sees profit opportunity in the equation.

The “smart money” seems to think the future belongs to the owners of platforms and data. So why are institutions of higher learning so eager to outsource capacity in these areas, often at considerable cost?

This outsourcing is not only a tragedy for the institutions that are positioning themselves as “content producers” (not to mention giving away the value that remains in their brands reputations), but it is likely to lead to sub-par online learning experiences as well. As Jim Groom argues, the tragic lack of engagement that gave birth to the LMS is repeating itself. Not only sad, but puzzling, given the expertise and the open source technology that is readily available.

(I won’t apologise for the length of the following excerpt from Jim’s post because it makes me SO FRIGGIN’ EXCITED!!!):

It got me thinking what institutions could do if they started approaching academic publishing platforms as collaborative, open spaces for user-generated content. What if educational institutions start reclaiming the web? If little Mary Washington can generate this kind of traffic, which is not that much less then SlideShare in the end, then what could all the public (and private for that matter) universities in Virginia do working together? I wonder if we might be approaching a moment where the vision of the digital, open, and connected Weller talks about can be supported and encouraged by educational institutions as a way of becoming hubs of open content.

What’s more, as we encourage faculty and students to take ownership of theses spaces and move away from share cropping on third party sites (a là Domain of One’s Own)—-universities should be managing sophisticated syndication networks that enable individuals to manage and control their own work but aggregates it intelligently for better search engine optimization, generative juxtaposition of content, and intelligent filtering and relational organization via tags. We have only just begun to explore the possibilities of what it would mean for institutions to own these resources and share them through free and open platforms! I AM SO FRIGGIN’ EXCITED!!!

But wait …. the rise of the corporate MOOC has rendered these pursuits passè—any sense of innovation around publishing on the web has gotten lost in the hype, and elite universities are dumping their content into an LMS on steroids in a vain pursuit for raw numbers that is anything but open. A deal with the devil, BlackBoard all over again. Ah Bartleby! Ah Humanity!

It seems obvious to me, and anyone else who has experience working with open source publishing and collaboration platforms, that institutional commitment to this approach offers many advantages and very real budgetary benefits. I’ve also learned that an institutional commitment to this approach is a significant project, and I suspect that’s why there is still a relatively small number of schools that have made the leap. (Especially among smaller, more vulnerable schools.)

That’s why I’m heartened to see initiatives such as Open VA, as there are so many good reasons for colleges and universities to share expertise and to pool resources in more coordinated ways. Here in British Columbia, FIPPA laws and various cultural factors (geographical proximity not the least) seem to limit our ability to take advantage of international opportunities for collaboration in this area.

But we do have a province-wide open textbook initiative in BC. And a dynamic and collegial community of open online educators. Maybe we can work together to open and reclaim the platforms and secure the data while we’re at it.