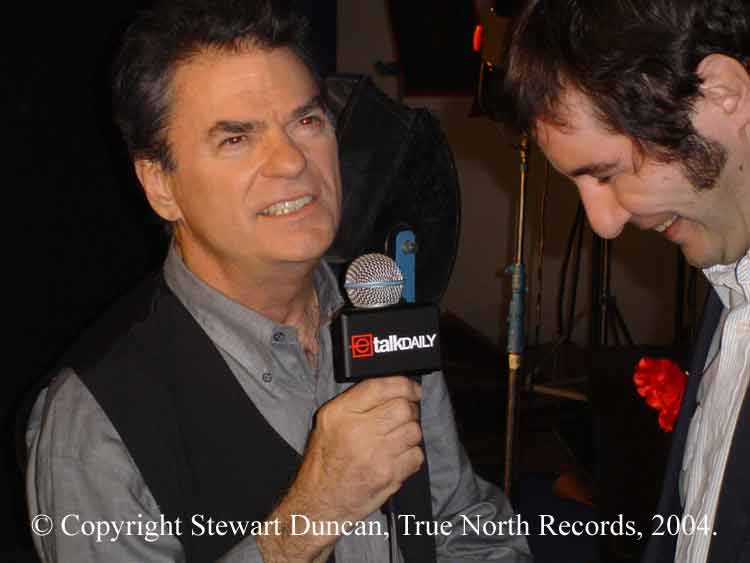 Herb Tarlek is still ready to sell, but only to the Rheostatics.

“Frank Bonner appears as his character, Herb Tarlek, from the sit-com WKRP in Cincinatti that ran from 1978 to 1982. Mr. Bonner apparently gets similar requests all the time and, for the most part, refuses but when he played the Rheos’ track for friends, their enthusiastic response encouraged him to join in the fun. Tarlek, the station’s sleazy salesman, was renowned for impossibly ugly suits, matching white leather belt and shoes, and his relentless efforts to bed Loni Anderson’s character Jennifer.”

It’s possible that I’m just feeling nostalgic for my adolescent late nights watching WKRP but the video for “The Tarleks” made me want to check out Bonner’s filmography. Maybe there’s a brilliant, indie comedy career I don’ t know about? But apparently not. I can emphathize with not wanting to be pigeon-holed by one character (though when it’s clearly your best, why hide him away?) But good on him, in recognizing the Rheo’s were worth donning the white belt and shoes for one more time.

Part of my connection to the Rheo’s is geographical. If you did some origami-like map folding with Yonge and Bloor in Toronto as axes, Etobicoke and Scarborough would end up super-imposed over each other. The first time I went partying over there I stepped out from the Kipling subway station and had the dizzying sensation that I hadn’t travelled at all. In this alternate universe me and the Rheo’s could have all hung out watching WKRP together, and now it seems like we were.

Thanks to Keira McPhee, who escorted me to the fab Rheos show last Friday in Van Rock City for the post — now if only I could get her to write all my posts, I’d have a blog…

10 thoughts on “Special guest post – Rheostatics do the Tarlek”